If you’re an Australian vaper who imports e-liquid with nicotine from overseas vendors, you’ve probably heard by now that the rug is about to be pulled out from under you.

In June, Australian Health Minister Greg Hunt announced his intention to ban all private imports of e-liquid with nicotine into Australia, and unless something changes, the ban will commence at the beginning of 2021.

Shortfill e-liquid from companies like UK vape juice brand Second City Vapour has long been a popular solution for European vapers who prefer to buy large bottles of vape juice but can’t because of legal restrictions that limit the maximum bottle size of e-liquid with nicotine to 10 ml. As you’re about to learn, shortfill e-liquid is also likely to become extremely popular in Australia very soon.

Minister Hunt’s ban on e-liquid imports will make nicotine much more difficult for Australian vapers to buy, and smart vapers should begin preparing for the ban right away.

What Is Shortfill E-Liquid?

Shortfill e-liquid is nicotine-free vape juice that comes in a large bottle that isn’t quite filled to the top. You use it by filling the empty space in the bottle with your own nicotine before closing the bottle and giving it a good shake to mix it up.

As alluded to above, there is a law in the United Kingdom and Europe – the Tobacco Products Directive – that limits the maximum size of a bottle of e-liquid with nicotine to 10 ml.

The purpose of the bottle size limit is to help prevent accidental nicotine poisoning, but it has also proven to be massively inconvenient for people who use sub-ohm vaping equipment and go through a lot of e-liquid.

Shortfill e-liquid makes it possible to have a large bottle of vape juice that lasts several days. The two most common bottle sizes for shortfill vape juice are 60 and 120 ml.

Why Is Shortfill E-Liquid Going to Become More Popular in Australia?

Currently, buying nicotine e-liquid in Australia is terribly inconvenient, requiring a vaper to first obtain a prescription from a doctor and then either buy the e-liquid from a compounding pharmacy or import it from an overseas seller.

People have reported receiving e-liquid that has either been unflavoured or has had water added.

The only way to get traditional e-liquid with the brands and flavours that you want is by importing it.

The problem with e-liquid imports, though, is that they’re hard for the government to manage. Although Australian law requires vapers to obtain prescriptions before importing e-liquid, the reality is that most Australian vapers don’t go through the formality of obtaining those prescriptions. Instead, they just import their e-liquid because the government doesn’t have the resources to manage and police the process.

Minister Hunt’s ban will close the door on private nicotine imports into Australia. Australian vapers will still need to get prescriptions for their nicotine as they currently do – but once they’ve done that, their only options for buying e-liquid will be to have it made by compounding pharmacies or to buy it from doctors or pharmacies with import licences. There will be no way to get around the requirement of obtaining a prescription.

So, why is shortfill e-liquid about to become the hot new commodity in Australia? It’s because Minister Hunt’s import ban will only cover e-liquid with nicotine. Australians can already buy nicotine-free e-liquid locally without ramifications, and even after the import ban commences, they’ll still be able to import vape juice as long as it doesn’t contain nicotine.

With those things in mind, the only logical solution for Australians who don’t want to go through the health system to get their e-liquid is to import as much bulk nicotine as possible – right now – and switch to shortfill e-liquid after the ban commences.

If you buy a good supply of nicotine now, you can add your own nicotine to nicotine-free e-liquid that’s freely available locally, meaning that you can continue using e-liquid with nicotine for a long time without going through the health system as long as you conserve your supply.

How to Use Shortfill E-Liquid

If you’re an Australian vaper who needs to prepare for the e-liquid import ban, though, you may not want to prepare by buying traditional nicotine shots because one nicotine shot only fills one bottle at the most.

It’ll be much more economical for you if you buy unflavoured nicotine e-liquid in the highest strength possible, so you can add just a little nicotine to a nicotine-free shortfill bottle to achieve your desired final nicotine strength. You’ll need to use an e-liquid calculator to ensure that you get the ratio right. 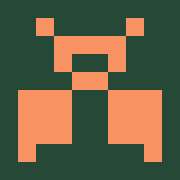 What Are the Biggest Vaping Trends of 2020?

On 23rd September, the Australian Therapeutic Goods Administration (TGA) issued a set of proposed changes that will affect how Australian vapers will obtain ...
November 12, 20200

CDC Admits Illegal THC Vapes Are Primary Cause of EVALI

In 2019, vaping didn’t have its greatest year. In the United States, a new lung condition called E-Cigarette or Vaping Product Use Associated ...
October 29, 20200